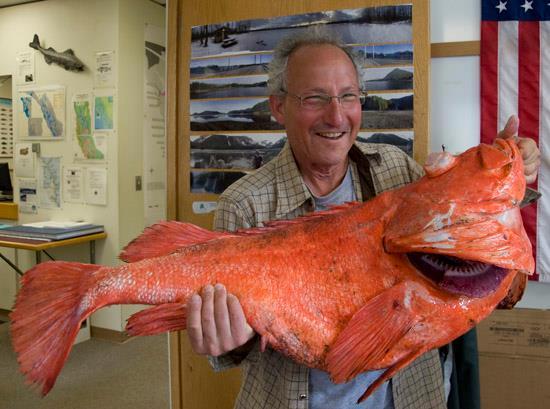 Redfish are the poster fish for the Blog. I’ve spent most of the last 10 years thinking about Sebastes alutus, Redfish, or rosies, or Pacific Ocean Perch, or POP, it is known by a lot of different names. It it one of the many rockfish species that live off the West Coast from Alaska to California. George Moskovita was one of the fishermen who pioneered the fishery. The stocks were decimated by the Soviet fishery in the 1960s. There has been some stock recovery off Alaska, but not off Washington, Oregon, and California.

Our posts range from recipes to what Rachel Carson thought about the fish. Best bet here is Bob’s series of posts about the early days of research, and how he came to invent the rockfish field guide.

Back to Blog Stories.